September 08, 2010
So my friend Meg made my week when she tipped me off to this: Tchaikovsky was fantastically gay*. Like, unbelievably gay. Like, Freddie Mercury gay. Like, so gay his fabulousness radiated across Russia and warmed the hearts of millions (Ah, if only the Russians weren't such cold, heartless bastards, eh?). Oh, I came my pants. Verily. 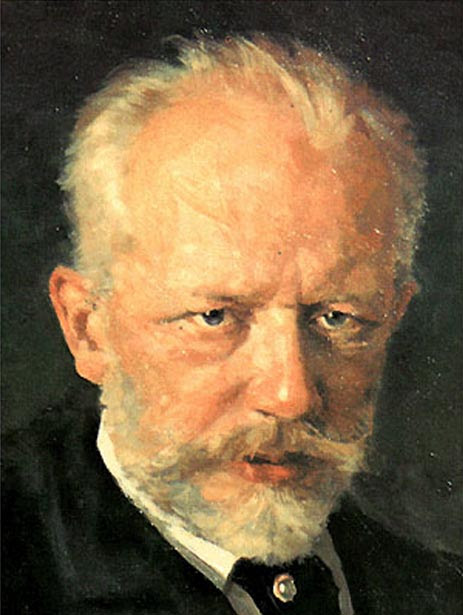 Such a bear; do you think he was much into leather, too?

As a flaming queer and wiki nerd, I've read a lot of these "Personal Life" and "Sexuality" subsections in people's wiki-bios. Like, a lot. There are definite patterns--hints, even, for the desperately closeted queer looking for solidarity/lulzy gay troll. In fact, I'm pretty sure you could actually rate people's degree of gayness by how well their wiki "Personal Life"/"Sexuality" subsection conforms to some of these patterns/hints. Hm. I'll have to make a mental note of that in case I get bored--Make bogus wiki gay rating system. I know this much--for simply having a "Personal Life"/"Sexuality" subsection, you get a rating of at least 50% gay. You'll see why that's important in a moment. Like, in the next paragraph.

Basically, in order to warrant a "Personal Life"/"Sexuality" subsection, one must reach at least a certain level of gayness--or at least the speculation thereupon must have reached at least a certain point. Even the flamboyant Courtney Taylor-Taylor of The Dandy Warhols used to have a "Sexuality" section; it naively concluded that he was "just very metro". Fag. Doesn't matter that he's married some poor beard, still a fag.

Of course, there's almost always dispute. Apparently no matter how gay you are, someone will always assume you're straight and argue it to the death. It's just a rule of life--and wikipedia. There's always bickering--cuz we're just good lil queers like that, eh?--over this letter or that person's opinion/interpretation or so-and-so's biography about the fag. Read/skim/glance upon Morrisey's "Sexuality" subsection and you'll see what I mean. Goddanged queers. Can't y'all just make up your minds and get back to the glorious butthurtz??

Anyway, with Tchaikovsky, on the other hand, there's no such flibbertygibbeting about--it's simply assumed at the outset that he was a raging homo. The real question seems to be why the fuck he ever bothered marrying some poor broad (only a minor dispute; twas but a beard, obvs, much like that hag Courtney Taylor-Taylor married) and just how utterly unbothered he was by his own gayosity. He was so chill with the man-loving that over his lifetime he left behind, like, reams of letters and diaries and autobiographical material about it. Like, it seems the only thing holding him back from declaring his love of buttsecks to the world every morning was concern for how it might affect his family and his own professional career. Lame, but understandable...I guess. Hell, even his brother was a faggot!

So, epic fag was epic, and that was pretty fucking win for his era. If only he and Whitman had met.... God, who would have topped whom in that scenario??


* As if to prove my wiki nerdness, I figured I'd include the permalink as of 8:04am on Wednesday Sept. 8, too: http://en.wikipedia.org/w/index.php?title=Pyotr_Ilyich_Tchaikovsky&oldid=383320102