November 18, 2017
Yeah, so we're a bit past 300 posts, at about 306 published posts, but it's still worth reflecting on where I've been. It occurred to me the other day--I've been blogging off and on for 15 years now. That's crazy. Here are some of my thoughts on all that. 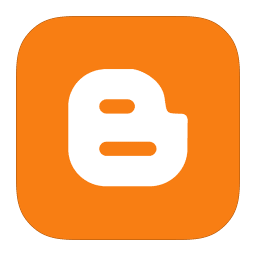 As I mentioned before, I've felt hesitant about continuing this blog. That's largely because, I think, I have bad memories of my early days, the take-no-prisoners days. I'm glad my old blog doesn't exist anymore: Not only was it beyond embarrassing, but also it hurt people, and I'm not proud of that.

That being said, I learned a lot from blogging, even then, in those larval days. I'd like to think I honed my writerly skills and voice through it, learned some niceties of joining subjects and verbs with their various clausal and phrasal accouterments. Also, something about getting my thoughts and feelings out into the world...though sometimes damaging, as it could be back then, it was still instructive.

Time passed, and life changed; I got sober and, through it, matured somewhat. I started this blog around then. I was still attention seeking and at times lacking in social grace/awareness, but I was beginning to become a decent person. I was in a sort of pupal stage by this point, I suppose. There were still other unaddressed problems in my life, many unbeknownst to me then, that expressed themselves in sometimes less-than-mature or stupid posts, but I was more well-intended than I had been.

I drifted away from blogging for whatever reason. I went back to school, too; after graduating, I lucked into a good job. And somewhere in there the blogging itch came back. Or perhaps, more specifically, a writing itch came back, and blogging was the most immediate outlet I knew.

As I said in that revival post (re: "itch"), I have thoughts and feelings about things, including reviews, and want a place to share them. So, too, evidently, do I have reflections and updates about my life. I'm not sure all this will be interesting to other people, but some writerly impulse in me pushes me to share them all the same.

So have I metamorphosed into an adult blogger? One who can share his thoughts well, fairly and simply, who can be both interesting and mostly consistent? Can I use this blog as a legitimate space for my thoughts, to share things without hurting myself and others? Can I express opinions here because I think they're important rather than out of desperation for attention with a willingness to do anything to get it? And, perhaps equally important, what can I learn from this new stage?

Only time will tell. Maybe we'll see what the next 100 or so posts bring, and go from there.